SUE WALTON WRITES OF HER EXPERIENCE IN TRANSCRIBING THE BULKELEY DIARIES 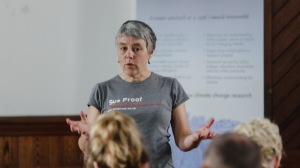 My name is Susan Walton, and I trade as Sue Proof, as I am a proofreader.  I did the hard graft of transcribing every single word of the William Bulkeley diaries.  So, fact fans, that meant I typed around 422,400 words from 1,050 pages.  Each page already existed in photographic form, as a pdf, so I worked from them rather than the original texts.

The reason I was a good match to the task is because, being a proofreader, I’m super-fussy about a typescript being correct in relation to the original work.  In this case the transcription had to be as close to Bulkeley’s original handwriting – and his other mark-making on the page – as it’s possible to be with a word processor.  This meant I had to override my natural inclination to start all sentences with a capital letter, for example.

The transcription and checking took me about 700 hours, and the work was spread over a period from late 2011 to early 2014.  Some marriages don’t last that long, and I have to say that for my friends and me, William Bulkeley became part of our lives for a while.  We talked about Bulkeley and his exploits as if he lived in the village.  We felt we knew him, and I felt quite upset when he was terminally ill and I knew how little time he had left.

My task was simultaneously boring and fascinating.  In fact, there is more than one entry which, apart from the ubiquitous record of the weather, states ‘nothing remarkeable [sic] happened’.

Taken as a whole, the diary is particularly interesting because it captures life just before the Industrial Revolution, and this is more or less how things would have been for hundreds of years prior.  Wind, water or muscle power are the available power sources for mechanical tasks and transport.  Society is dominated by the King, by the aristocracy – who also make up the government and the judiciary – and by the established church.  Medicine is primitive: for example, in his final months Bulkeley is advised to ride hard to relieve his ‘distemper’ (and I think he had bowel cancer, from his symptoms).

One of the aspects of the work that kept my interest up amidst the grumpy notes about the price of meat at Llanerchymedd market, or the tediously long lists of which of the crachach attended the Court Sessions, was the just plain random stuff.  Random stuff, and also things that – unless you are a professional historian – have just slipped from our common knowledge.  Things like ropes made of marram grass; Bulkeley’s tame fox (which escapes and then returns, only to die when mauled by a strange dog); a woman going about the county impersonating Bulkeley’s daughter, Mary (why?); and national days of fasting and prayer decreed by the King in order that God might help the nation in its war against France.

Structure
The universities of Aberystwyth, Bangor, Cardiff and Swansea launched the Climate Change Consortium of Wales (C3W) in November 2009. This is a £4 million initiative financed by the Welsh Assembly Government (WAG) through the Higher Education Funding Council for Wales (HEFCW). Together with additional support from the Countryside Council for Wales and substantial investment from the four universities, C3W is set to considerably enhance the climate science profile of Wales. The Consortium has been developed by a group of internationally respected academics in collaboration with staff in a wide range of disciplines across the four universities. These disciplines cover the impact of climate change on land, sea, atmosphere and cryosphere, as well as its social consequences.Aims(i) improve our fundamental understanding of the causes, nature, timing and consequences of climate change on Planet Earth’s environment and on humanity and
(ii) to reconfigure climate research in Wales as a recognisable centre of excellence on the world stage.

VisionTo become one of the world’s leading research centres for the study of climate change, past, present and future.MissionThe four universities are collaborating in order to:

On the 19th and 20th of September, we had the privilege of being asked to participate in the events surrounding the launch of the online digital versions of the diaries of Mr William Bulkeley (held at Bangor University Archives). The diaries represent an important source on the social history of Anglesey during the 18th century, but also contain daily observations on the weather. Events included a dramatization of the diaries played by actors of the ‘Cwmni Pendraw’ troupe, written and directed by Wyn Bowen Harries, who also played Mr Bulkeley himself. Music from the period, written by Stephen Rees and performed on traditional instruments, accompanied the play. After the performance, we presented a talk about research on historical weather and climate by the Climate Change Consortium of Wales (C3W). Vince (C3W outreach officer) produced a short film of the event which is now available online http://vimeo.com/107412330 .

Mr Bulkeley lived in Brynddu, Llanfechell on the isle of Anglesey, north Wales, from 1691 to 1760 and his diaries cover the years 1734 to 1760 (unfortunately the one covering 1743-7 is missing). According to the stories, he started writing them after he became a widower as a way to pass the time. And pass the time he did; he described the weather and social customs of the time at great length. It is said that not a day went by without Mr Bulkeley faithfully recording which way the wind blew. He also wrote about the markets and fairs, the size of the village, wages, football and his work as squire of Llanfechell and Anglesey Justice of the Peace. However Mr Bulkeley’s life was anything but ordinary to quote Wyn Bowen Harries: “William Buckeley’s life reads like a soap opera. His daughter married a pirate, his son died of alcoholism and his mother died falling under a ladder before being trampled by cattle.” (BBC, 21 September 2014).

On Friday (for local school children) and Saturday (for the general public), the events started at Mr Bulkeley’s house in Brynddu, which is to this day owned by one of his descendants, with a play based on the events described in his diaries. The actors and musicians then led the audience across a field towards Llanfechell church on a path that was taken regularly by Mr Bulkeley himself. In town the play resumed in Llanfechell Church which was built in the 12th century and still looks a lot like it did at the time of Mr Bulkeley. Once the performance was over it was off to Libanus Chapel across the road for our presentation on using proxy data including diaries, tree rings and seashells to reconstruct past weather. In the audience was James Scourse, Director of C3W and a specialist in sclerochronology (the science behind the use of seashells in climate reconstructions) who was nice enough to bring samples to pass about to the great delight of students and adults alike.

Mr Bulkeley’s diaries are one of our most important sources in identifying past weather events as they are relatively early, and cover an interesting period of quite variable conditions in the 18th century. 1740 is regarded as the coldest winter on record and it occurred after a period of relative warmth during the 1730s (Jones and Briffa, 2006). The consistent way Mr Bulkeley recorded the daily weather in his diaries and the fact that he rarely travelled means that we have a reliable and continuous record. Their transcription by Sue Walton, (commissioned by Llen Natur), which is freely available on the web, makes our job much easier. Looking at past weather through diaries is a complex undertaking but very rewarding as it allows you to put that event into a context. Not only do we find out about what the weather was but depending on the writer, we can also find out how people perceived that event, what effects it had on the local area and what responses were put in place. Combining various proxy data then allows us to reinforce our knowledge of weather events and the social responses surrounding them. However a question that often comes up with people working with written archives is what will be the archives of the future, who will replace Mr Bulkeley?

Getting into the archive – Weather and the Great Estate: the recording of rainfall at Chatsworth House, Derbyshire, 1760 to the Present

Sounds like a great event – so good to see these important records receiving attention and coverage and also to see collaboration between colleagues at Aberystwyth, C3W and Llen Natur. The film is a good watch- to be recommended (and it looks like the weather was fine for the whole event!)